Himachal Pradesh is not only about the magnificent mountains, lush green meadows or the flowing rivers; the state has a plethora of local cuisines that will give you reasons to visit the much sought-after tourist destination again and again. Much of the food in the hill state finds influences from the neighbouring Punjab and the Tibetan food.  But there are other cooked-to-perfection dishes that are sure to make your heart melt.

One of the well-known delicacies of Chamba region in the state, Madra is mostly prepared during the festivals and weddings. The key ingredient is the Chickpeas or Kidney Beans, which is cooked in Butter and Yoghurt and seasoned with Spices like Turmeric Powder,Cinnamon, Cumin, Coriander Powder,Cloves,  Asafoetida, and Cardamom. Madra is taken with bothRoti and Rice. A famous dish of Himachal Pradesh; Siddus are prepared using wheat flour that has risen by treating it to Yeast. Once ready, dough is filled with a stuffing usually of a paste made of Poppy Seeds and steamed. The stuffing, however, may vary. Siddus are served with Ghee or Chutneys. We recommend you to try them with Ghee. Origin of this recipehas been traced to the picturesque Lahaul-Spiti valley. Aktori is kind of cake prepared using buckwheat leaves mixed with the wheat flour. The festive food is now found in other parts of the hill state as well. Dham consists a variety of dishes prepared especially during the festivals and weddings. Dham consists of Red Kidney Beans (Rajma), Green Lentils (Moong Daal), Rice in Curd, Mash Daal, Boor ki Kari and a Sauce prepared from Tamarind and Jaggery. The meal that is popular in Manali and Chamba regions of the state is eaten in plates made of leaves. Babru is Himachal’s answer to Kachoris. The dish is prepared by stuffing dough Patties with ground Black Gram Daal paste and then deep frying them in oil. Babru is had with Tamarind Chutney. As the name suggests, Auriya Kaddoo or Kadoo Ka Khatta is a Pumpkin dish cooked in Madra Gravy and dried Mango powder along with other assorted Spices. To put it simply, Aloo Palda is a dish prepared with Potatoes in Yoghurt seasoned with assorted Spices. The method of making this dish may vary from one corner of the state to another, but it has the power to satiate your taste buds. It is a kind of a Pulao;made by cooking rice with vegetables, Lentils and spicing it up using Cardamom, Bay Leaves and Cinnamon. Bon Appetit! As the name suggests, Khatta is a sour dish made of dried Mango Powder and Besan (Bengal gram flour) and Spices. It is mostly used as a side-dish Bhey is a delectable dish made with lotus’ stems. The stems are boiled and then stir fried in Onion, Garlic-Ginger paste, Gram flour and spiced up with Cayenne Pepper along with other Spices. This mouth-watering fish dish is mostly relished in Kullu, where trout is aplenty. This delicacy is prepare by cooking marinated trout in minimal Spices to retain its natural flavours. It would not be wrong to call Mash Daal as Himachal’s favourite. It is the most cooked and savoured Lentil in the state. The Daal is soaked overnight and cooked with Onions, Ginger, Garlic and Spices. People in some pockets of the hill have long savoured non-vegetarian food due to the unavailability of vegetables in the good old days.  The times have changed now yet some dishes continue to find favour with the locals. As the name suggests, to make Chaa Gost we first marinate the Lamb meat and then cooked with Yoghurt, Gram flour and Spices. This exotic dish dominates the weddings and festivals. The key ingredient of this delicacy is the Badi made with Yoghurt based Gravy. This dish is prepared by stuffing the Lamb’s intestine with a paste prepared by mixing Wheat flour and Spices like Cumin, Cloves, Asafoetida, Coriander powder and Turmeric. It is then steamed and served with Mutton Soup. Forget Gulaab Jamun or Jaleebi because this traditional dish is so full of flavours that you surely will say It feels like Heaven! Mittha is a sweet prepared from Rice, Ghee, boiling Sugar in water flavoured with Saffron Fennel Seeds, Green Cardamom or Cinnamon and dry fruit. 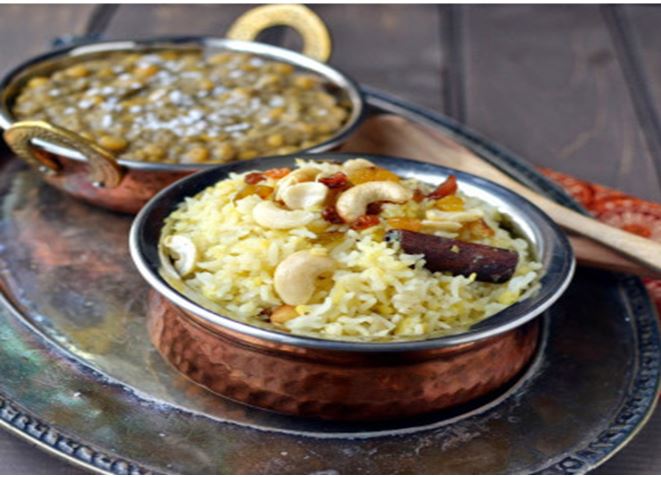 We all are not a huge fan of Ladyfinger or Okra. Think again because the hills have a lip-smacking dish for you. The dish is cook by filling the Okra with spices such as powdered Cumin, Coriander, dry Mango Powder and other Spices. This dish will make you fall in love with Ladyfinger. It’s yummy! If you are in Himachal don’t miss out on these. This seasonal dish is made using Yam leaves. A paste of Gram flour is prepared with spices and then pasted on a Colocasia (arbi)Leaf. The layers of leaves are then folded and made into a Roll and subsequently steamed. Every time you need a quick bite, then cut the roll into pieces and fry it. You surely will enjoy these Himachali Pakoras. Made in a variety of ways, Palda is the simplest to make. But don’t go by its looks as this dish will surely satiate your taste buds. The only difference in this Pahari treat is that instead of the uncooked potato the potatoes are first fried and then added to Yoghurt and a range of assorted Spices. Popular in upper belts of Himachal, especially in areas of Shimla and Kullu, Pakhain are prepared using the Wheat Flour that has risen by treating it to Yeast. Small rounds of the dough are taken and stuffed with a mixture made of Potato or Poppy seeds paste treated with Green Chilies, Salt and Mustard seeds. Pakhain tastes best when served with pure Ghee.